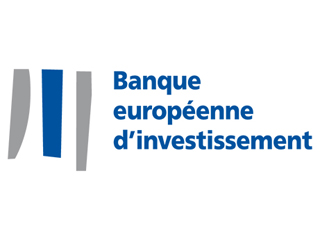 The EIB, the European Union's bank, is seeking to recruit for its Legal Directorate (JU) – Legal Department, Operations (OPS) – Baltic Sea Division (MB), at its headquarters in Luxembourg:

This is a full time position at grade 5/6

The term of this contract will be 4 years

Panel interviews are anticipated for the end of June/ beginning of July.

The EIB offers fixed-term contracts of up to a maximum of 6 years, according to business needs,

with a possibility to convert to a permanent contract, subject to organisational requirements and individual performance.

The Baltic Sea Division (MB) of the Legal Department of the EIB is composed today of 8 lawyers. It provides legal advice to the EIB in relation to all types of its lending operations (including secured and non-secured transaction, as well as structured finance, project finance and restructurings) in the following countries: Sweden, Finland, Denmark, Poland, Lithuania, Latvia, Estonia and EFTA states (Norway, Iceland and Switzerland).

As a Banking/ Finance lawyer, internally referred to as "(Senior) Officer Legal Services", you will report directly to the Head of MB Division. You will cooperate with the other lawyers of the MB team in providing legal advice.

You will provide legal advice on lending operations in particular in relation to the EIB projects in Sweden and EFTA states. Your post may involve limited amount of travel for negotiations and signatures of legal documentation. You will:

(*) There may be certain flexibility on this requirement, but limited to particularly suitable candidates who may not yet be proficient in French. If selected, such candidates will be hired on the condition that they build up rapidly knowledge of French and accept that their future career in the EIB may be subject to the attainment of sufficient proficiency in both of the Bank's working languages

We are an equal opportunity employer, who believes that diversity is good for our people and our business. As such, we promote the inclusion of suitably qualified and experienced staff without regard to their gender, age, racial or ethnic origin, religion or beliefs, sexual orientation/identity, or disability (*).

(*). We particularly welcome applications from women and persons with disabilities.